Although the winds of change can rapidly derail the best laid plans in our price-sensitive industry, academia, with its longer-term outlook and lack of shareholders has traditionally and necessarily provided a safe haven for the nurturing of young geophysical talent and new concepts which will shape the direction of future daily geophysical work.

In a follow up to my September 2014 RECORDER focus section on geophysical research at Canadian universities, I am happy to now present a snapshot of geophysical research programs being undertaken at five selected universities outside of Canada. These institutions were invited to contribute articles as they are producing noteworthy contributions to our understanding of various aspects of unconventional plays, but have perhaps less local exposure than other more frequent and familiar visitors to the Great White North (ref: Bob and Doug McKenzie).

The first article was written by Michael Kendall, Professor and Geophysics Group Leader at the University of Bristol. Mike, as many of you probably know, is the brother of former CSEG President, Rob Kendall. I first became interested in the work that Mike’s group is doing when I read a paper in 2011 co-authored by Mike (Geophys. Prosp., v.59, p.593- 608) that discussed a number of the challenges related to the interpretation of shear-wave splitting azimuthal anisotropy, and included the somewhat refreshing comment that “the interpretation of splitting results is not trivial”. This may be contrasted with the majority of publications on the subject of azimuthal anisotropy that appear, to me, to minimize or ignore the (perhaps often insurmountable?) issue of ambiguities encountered when interpreting azimuthal attributes. In his RECORDER article, Mike presents a brief overview of his team’s projects, with particular emphasis on projects that may be most relevant to our readership, including microseismicity, geomechanics and carbonate studies.

Next up is a contribution collated by Rob Ross, Senior Research Officer at Curtin University in Perth, Australia. Some of our readers may be aware of this research group through the numerous innovative SEG, EAGE and ASEG publications co-authored by Boris Gurevich on the topics of rock physics, attenuation and anisotropy. Others may only know Perth as a far-distant former outpost of the British Empire, which is located right by the ocean and has a great climate (compare Google Earth views of the Department of Exploration Geophysics with those of the BGS building in Edinburgh!). Rob describes a number of research projects that are directly relevant for our readers, including CO2 sequestration studies; theoretical and experimental rock physics studies; and seismic imaging, diffraction, time-lapse and interferometry projects. On the basis of this contribution, it looks to me like we should push for closer ties between the CSEG and the ASEG (https://aseg.org.au/).

Professor Mark Chapman, Technical Director of the Edinburgh Anisotropy Project (EAP), sent us the third article describing his team’s seismic shale characterization research. The Edinburgh Anisotropy Project is an applied seismic anisotropy research team based at the British Geological Survey and the University of Edinburgh. This consortium is now in its twentieth year of operation, and consistently produces interesting research such as Sonja Maultzsch’s 2005 Ph.D. thesis on the observation and analysis of frequency-varying anisotropy from VSP data. Mark is well known for his work developing theoretical models to describe the elastic properties of fluid-saturated fractured rock. Mark’s article details the current status of EAP’s modeling of shale anisotropy based on samples from around the world, and covers some of the inherent complications of theoretical modeling. I echo his comments about the importance of modeling, data integration and of providing practical workflows for interpreting measurements of anisotropy.

Article four was provided by Professor Rob Stewart, who is familiar to many of us due to his previous tenure at the University of Calgary. Rob is now the Directory of the Allied Geophysical Laboratories at the University of Houston, heading up a team of very well-known geophysicists. Amongst many other highlights from their recent work, Rob describes the ground-breaking use of a 3D printer to create core-sized physical models, with actual penny-shaped cracks, for ultrasonic measurements of shear-wave splitting and compressional-wave anisotropy, real fluid substitution measurements, and comparison with theoretical models! If only the Earth was that simple… Seriously, it would be great to see the results of future collaborations between Rob’s team and the teams at Curtin University and the Edinburgh Anisotropy Project.

The last article was provided by Bob Hardage, Senior Research Scientist at the Exploration Geophysics Laboratory (EGL) in the Bureau of Economic Geology, which is part of the University of Texas at Austin. Bob gave his SEG Distinguished Lecturer talk on ‘expanding seismic stratigraphy to the full-elastic wavefield’ at the CSEG Lunchbox in Calgary in November 2009. More recently, Bob and the EGL have turned their attention to developing a unique approach to S-wave reflection seismology that lowers the cost of multi-component data acquisition and expands the types of environments where full-elastic wavefield data can be acquired and evaluated, as described in his article. Ultimately the joint use of compressional- and shear-wave imaging will enable us to better characterize our unconventional reservoirs, particularly when their acoustic responses are subtle and their gathers are noisy.

Dr. Rob Holt is a Senior Seismologist and SME at Shell Canada. Rob works in the Technology Excellence and Deployment team, assessing the value of various geophysical techniques for unconventional plays. Rob is a member of the CSEG, SEG, EAGE and APEGA.

Exploration geophysics at the University of Houston: The shale trail and other unconventional voyage 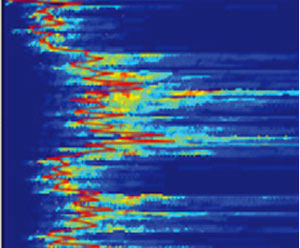 Geophysics Programs at the Department of Exploration Geophysics at Curtin University, Perth, Australia 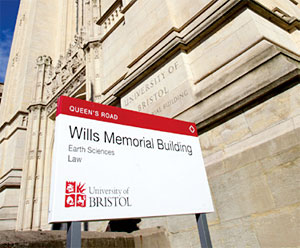 The School of Earth Sciences at the University of Bristol