Metal Earth is an applied research and development program led by Laurentian University with $104 million funding from the Canada First Research Excellence Fund and federal/provincial/industry partners. Metal Earth aims to profoundly enhance our knowledge about the origin and evolution of base and precious metal deposits during Earth’s history. By focusing on the Precambrian Era, Metal Earth aims to answer fundamental questions related to differential metal endowment in both space and time. The project intends to determine the geological, geochemical, and geophysical differences between metal endowed, less endowed, and barren areas within seemingly equivalent geological settings. Metal Earth geophysical data includes reflection seismic, magnetotelluric (MT), gravity, and passive seismic surveys along several transects in the Archean Superior geological province of Canada, with an overall length of more than 1000 km extending from southeastern Quebec to northwestern Ontario. In this article, I will show the initial findings for some of the Metal Earth seismic sections and compare the results with Lithoprobe seismic sections that overlap with Metal Earth transects. The interpretation of seismic data by integration of other geophysical and geological data is currently underway and will be reported in future publications.

Geology of the Superior Province

The Superior Province of the North America Craton is situated south and southeast of Hudson Bay and represents approximately a third of the Archean crust in North America. This province is the largest Neoarchean craton on Earth. The northeastern zone of the Superior Province is made up of NW-trending belts composed of rocks formed and/or metamorphosed under granulite facies conditions dominated by granitoid rocks with ages ranging from 2.74 to 2.67 Ga. The southern part of the Province, which is conventionally regarded as an ensemble of the Neoarchean granite-greenstone domains, is composed of volcanic-sedimentary and volcano-plutonic complexes formed mainly 2.78–2.70 Ga ago. Superior contains a number of east-striking greenstone belt subprovinces consisting mainly of metavolcanic and granitoid rocks (e.g. Abitibi, Wabigoon, Uchi). These are separated by subprovinces (e.g. Pontiac, English River) which are dominated by metasedimentary and gneissic rocks. Numerous world-class gold, volcanogenic massive sulphide, and less-common magmatic nickel-copper deposits are spatially associated with specific greenstone belts within the volcanic-dominated subprovinces. Most of these world-class orogenic gold deposits occur in east-striking sub-vertical crustal-scale fault zones within and along the subprovince boundaries (e.g., Cadillac–Larder Lake fault zone), or along contact zones within subprovinces (Porcupine–Destor–Manneville fault zone) between metavolcanic and metasedimentary rocks (Percival, 2007).

Figure 1a shows the geology map of the southern part of Superior Province. The Metal Earth transects are shown by thick black lines on the map. The blue lines on the map show the location of seismic profiles that were acquired by the Lithoprobe project in the 1980s and 90s. This map shows the different lithological units using a simplified color scheme: felsic volcanic (yellow), mafic volcanic (green), sedimentary (light gray), intrusive mafic (dark gray), and intrusive felsic rocks (different shades of pink). Figure 1b shows the location of Abitibi (green) and Wabigoon (red) subprovinces that are the main study regions for the Metal Earth project. These subprovinces have similar surface geology (greenstone belts), however, Abitibi is well-endowed in metal resources with several world-class mineral deposits, while Wabigoon is considered to be a poorly-endowed subprovince. Metal Earth seismic transects are also shown by thick black lines in Figure 1b.

The Metal Earth seismic surveys, stretching over 1000 kilometers from Rainy River in western Ontario (Wabigoon geological subprovince) to Chibougamau in western Quebec (Abitibi geological subprovince), are comprised of 15 R1 (50 m shot spacing and 25m receiver spacing) and 14 R2 surveys (25 m shot spacing and 12.5 m receiver spacing). Most of the seismic data were acquired along existing paved and gravel roads, leading to crooked seismic lines (Naghizadeh et al. 2019). After correcting the geometry errors, binning was applied for crooked lines. The binning for crooked lines sometimes required several iterations to find the optimal binning scenario. The first break picks were used to obtain an initial near-surface model and then the refraction tomography method was used to calculate the near-surface velocity field. A replacement velocity of 5600 m/s and a flat datum of 500 m were used in the final static calculations. The velocity analysis was carried out using a combination of semblance, super-gather, velocity function stacks, and dynamic stacks. Finally, the surveys were migrated using a Pre-Stack Kirchhoff Time Migration (PSTM) algorithm. Overall, the processing workflow for Metal Earth seismic data was focused on robust static solutions, detailed velocity analysis, minimal trace smoothing, and high-resolution imaging. The overall data quality was good and fairly consistent between various Metal Earth transects. Figure 2a shows the PSTM section for the Metal Earth Swayze transect. We have used curvelet transform filtering as a coherency attribute to enhance the continuity of high amplitude seismic reflections (Figure 2b). The curvelet filtered section can be useful for the detection and interpretation of major crustal-scale structures.

Interpretation of seismic data in a hard rock environment is a challenging task. Metal Earth (and also Lithoprobe) seismic data show three major groups of reflections: upper, middle, and lower crust reflections. The upper crust region (top 5 to 10 km) in most of the seismic sections is often acoustically transparent. However, clear upper crust seismic reflections are present when survey lines cross the meta-sedimentary belts in Superior. The seismic reflections in the middle crust are often gently dipping layers with variable thickness of 10 to 20 km. The boundaries of these layers should have a tectonic origin as there are variations of slope and cross-cutting of the layers. The reverse–thrust displacement of tectonic planes toward the surface is an indication of the relative lateral displacement of the planes. These mid-crustal reflections are often terminated by lower crust reflections and do not reach to the crust-mantle boundary. The lower crust layers show zones of intense and parallel reflections near the base of the crust. The thickness of this zone in Abitibi is around 10 km while in Wabigoon (western Superior) it doubles to 20 km (Mint, 2017). The detailed interpretation of the reflection seismic data will play a central and crucial role in understanding the tectonic and geological differences between the Abitibi (metal-endowed) and Wabigoon (less-endowed) subprovinces. Currently, the integrated interpretation of geophysical and geological data acquired by Metal Earth is underway.

In the summer and fall of 2017, the Metal Earth project had acquired 15 R1 (regional) and 14 R2 (high-resolution) seismic surveys. In total, these surveys cover approximately 1000 km of transects across Canada’s Archean Craton from Rainy River near the Manitoba-Ontario border in the Wabigoon geological subprovince to Chibougamau in eastern Quebec in the Abitibi geological subprovince. Broader bandwidth vibrator sources and geophones were used, leading to improved potential resolution of reflectors. Also, using a finer spatial sampling between source and receiver arrays improved lateral continuity and resolution of the reflectors. The processing workflow for the Metal Earth seismic data focused on robust static solutions, detailed velocity analysis, minimal trace smoothing, and high-resolution migrations using wide apertures. The overall data quality was good and fairly consistent among the thirteen Metal Earth transects. The seismic data will play a central and crucial role in understanding the tectonic and geological differences between the Abitibi (metal-endowed) and Wabigoon (less-endowed) subprovinces. The Metal Earth seismic data will be processed further using sophisticated and high-resolution seismic processing techniques such as full-waveform inversion, depth migration, and joint geophysical inversion in order to accurately image the complex geological structures in the study areas. The generated physical property models will be incorporated into a comprehensive 4D (spatial/temporal) geodynamical model that best describes the evolution of Superior Province.

The Metal Earth project is funded by the Canada First Research Excellence Fund (CFREF). We thank SAExploration for acquiring, and Absolute Imaging Inc. for processing, the Metal Earth seismic data.

A New View of the Continent Beneath Our Feet – LITHOPROBE’S Scientific, Economic and Social Contributions 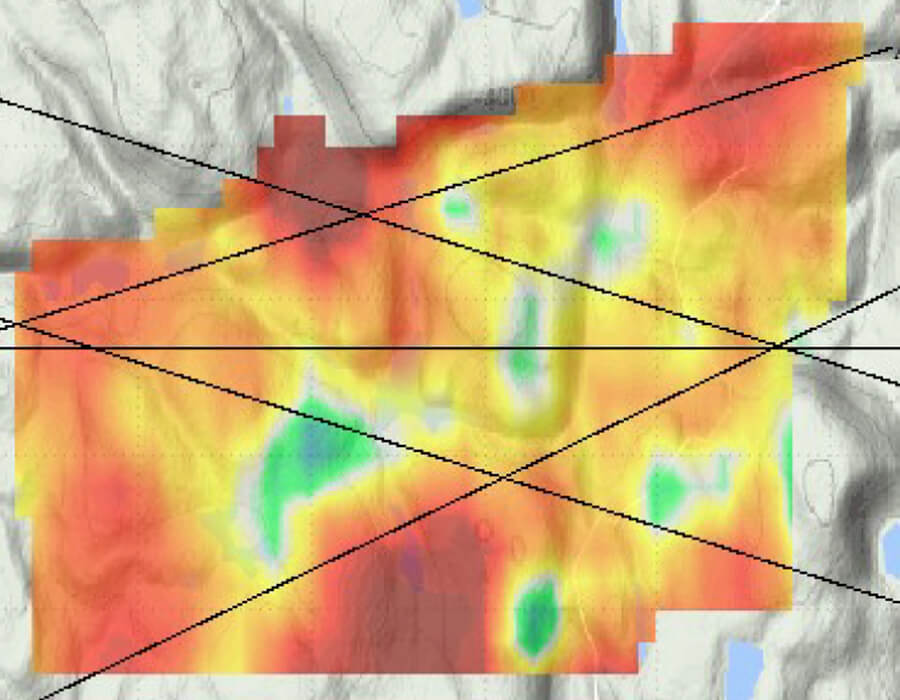 Compressive sensing in seismic exploration: an outlook on a new paradigm

Application of seismic curvature attribute in the appraisal of the Tishrine-West field, North-East Syria