The Mandate of the CSEG includes " ... promoting fellowship and cooperation." Is there "rocket science" behind the promotion of cooperation within the CSEG, and in geophysics and science as a whole? When is cooperation a "winning" strategy for interactions in general? I'd like to pass along several connections we have to the science and the people of the game theory behind cooperation- which came to light during the CSEG's Keynote Speech by Sven Treitel at the Doodle Train, Nov. 2002.

There are two trains of connection (people and science) between the CSEG and cooperation through Sven's recollection. First, geophysicists and CSEG members are closer than "six degrees of separation" to the players behind the science of game theory, and thus to the story and players behind a recent movie called "A Beautiful Mind" - about John Nash, who shared the 1994 Nobel Prize in Economics. Second, cooperation is indeed supported by the hard science of mathematical game theory (explained below).

Sven showed a photo of Norbert Wiener at MIT (father of cybernetics) while relating how Sven and Enders Robinson used Weiner-Levinson filters for the first deconvolution of seismic traces in the early 1950's. (They hand digitized the analog seismic traces, then the filters were computed and applied to the data on a (by now incredibly primitive! ) digital computer, the first available for their use). The people connection of game theory with the CSEG goes through Sven Treitel and Enders Robinson to MIT where they were colleagues of John Nash - and thus to the movie - including the movies' scene that highlighted the discovery of the Nash Equilibria in game theory.

I checked with Sven, who said check with Enders... who did indeed know John Nash in those years. In personal communication, Enders Robinson wrote: "I knew john Nash quite well and spent time with him off and on from 1951 till he became sick in 1959". In the other direction, we can connect from Sven Treitel to the 2002 CSEG Doodle Training Keynote Luncheon, Continuing Education Courses, and TI1e RECORDER (see interview in January 2002 issue), and thus to our geophysical community as a whole.

The Hard Science Connection - of Game Theory to Cooperation:

ash originated the concept of Equilibrium Points in game theory at Princeton in 1949, before he went to MIT in 1950. Later developments in game theory led to substantiation of cooperation as one of the primary components of winning strategies in games of iterated interactions. That success of cooperation was demonstrated in two significant game-theory computer tournaments initiated in 1979 by Robert Axelrod of AIm Arbor to find winning strategies for "The Prisoner 's Dilemma". The winning strategy, in both tournaments, was TIT FOR TAT, submitted by Anatol Rapaport of the University of Toronto. It had two rules: Cooperate on the first round, after that do what ever your opponent did in the last round. TI1at strategy is "nice" (it cooperates), it retaliates, and it forgives. (See Hofstadter for the Prisoner's Dilemma formulation, which is the classic police interrogation paradox, to fink on one's pals or to cooperate with one's pals and keep quiet ).

The initial science behind the game theory connection to cooperation is dramatized in the movie as a Princeton bar scene. Nash, a graduate math student, outlines the winning game theory to his clique of friends when they see an "incoming" group composed of a blonde and several brunettes (it's the late forties - gender typical of the era eh?). What's the winning strategy for the grad students? As dramatized in the movie - the best result is if no one goes for the blonde. (See the movie's Website for several interactive games, which test these strategies).

Nash's concept led to the Nobel Prize in Economics for 1994, which was shared by john Nash, John Harsanyi, and Reinhard Selten for their mathematical "pioneering analysis of equilibria in the theory of non-cooperative games". (Wording is from the Nobel citation. In that context, "non-cooperative" means price fixing is not allowed). Further information on John Nash and the Equilibrium Points of game theory can be found on the Website for the movie A Beautiful Mind, which won the Academy Awards Oscar for Best Picture for 2002, and which is an adaptation of the extensively researched biography of the same name. Truly a remarkable result and connection to the CSEG spirit of cooperation... all around.

How does Game Theory represent that "Bar Scene"?

Figure 1 shows the game theory representation - which assigns satisfaction pairs (john, Other) in the payoff matrix for each possible combination. The green box (no one goes for the blonde) is the equilibrium point. We can relate that game theory representation to a known real world event. Figure 2 is the Cuban Missile Crisis formulated in game-theory form, after an interpretation borrowed from Casti (Five Golden Rules... of 20th Century Mathematics). The blockade-withdrawal combination was the win-win choice for both parties.

http://www.pbs.org/wgbh/amex/nash/sfeature/sf_dixit.htm
Story of Nash's Equilibrium by Avinash Dixit (a colleague). 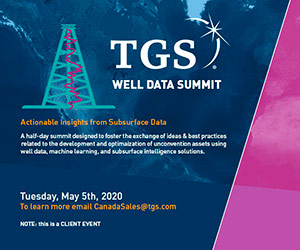